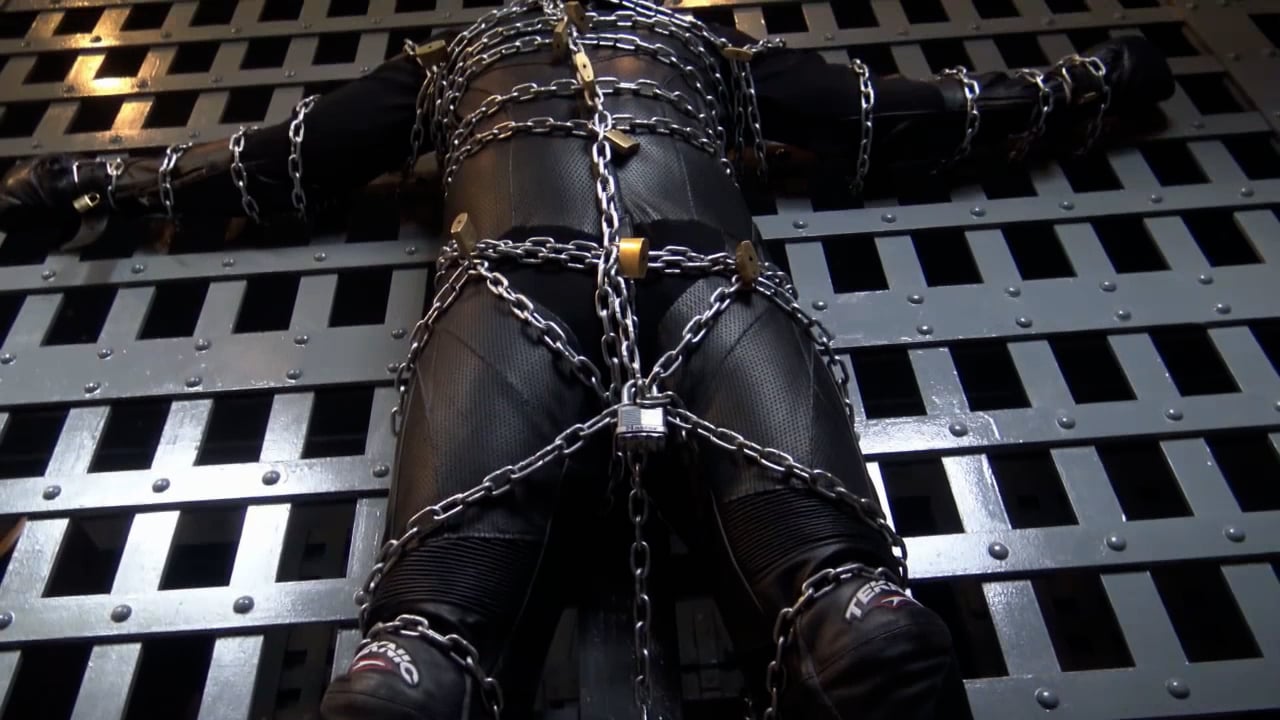 What would a horror movie look like if the worst thing that could happen to a victim, is that they ended up tied up or stuck in some way? In this full length comedy film, Mark Bind tries to answer that question.

A man is being treated for mental illness because he is having dreams that he can move things while asleep. He thinks that he really is doing it. No one believes him until strange things start to happen in the jail.

Bind is known for his extreme bondage films. This movie is a departure into making a film that would be appealing to a more main stream audience.

Don't miss this one. It required more work and effort than any film that Mark Bind has produced to this point.

Check out the movie trailer below.

Would you like to be in one of our videos?

We are always looking for new faces for our no-porn male bondage videos. None of the actors in our videos are paid. We all just do it for the love of it. You must be over 21, be willing to show your face on videos, and like to be tied up, and to tie others up. Actors must also be immunized for Covid-19 as is a standard requirement in the entertainment industry. Actors get free lodging at the jail and dungeon in Iowa while they are there. Contact me at meninchains@gmail.com

Check out our Jail Facility

This website began December 12, 2012 in a small cage while I was a voluntary prisoner. While caged and in shackles, I wrote about what it was like living in consensual captivity. I had the goal to promote male "bondage" as the normal healthy activity that it is for many of us. I started putting up videos of my bondage play. Over time the website grew as others joined me in consensual bondage play.

This is a fantasy male bondage website. That means that not everything you see or read is real. The video screen plays are fictional stories performed by our crew of actors who all voluntarily enjoy shackles, chain and other forms of restraint and imprisonment.

Check out our Affiliates

Webmasters earn money as an affiliate to MeninChains.com